Awareness is one of the key pieces of the Pilot Project of Low Carbon Schools of Yunnan (China) that Humana People to People develops with the collaboration of the European Union and a prominent group of local entities.

Raising awareness among students - from preschool to university - is critical in the fight against global warming. All people, regardless of their age, are in a position to influence the advance of the consequences of this phenomenon.

The project team has recently visited the Jiangdong Preschool School in Kunming, in order to carry out simple activities with the students to introduce them to the concept of climate change and its effects on our planet. To do this, children had to think about polar bears and how it is increasingly difficult for them to live because the ice is disappearing as it is getting hotter.

Girls and boys then had to reflect on something so natural and known as 'hiccups' and how airplanes and cars 'have hiccups', as a metaphor for the gases they emit when they work. The students themselves were exchanging their ideas and thoughts about the places where airplanes and automobiles move –the sky, roads, etc.- and, therefore, hiccup and emit gases. Following the movement of these gases, the students discovered that they rise and rise to the sky, becoming Greenhouse Gases (GHG).

GHG causes the effect that we ourselves feel when we put on more clothes: we perceive more and more heat, and this heat causes the ice to turn into water: polar bears suffer, therefore, when they see their home - their huge castles of ice- disappears.

The influence of climate change on biodiversity
Another of the activities carried out within the framework of the project has been the Geng Yupeng conference addressed to first grade students from the secondary school affiliated with Kunming University of Science and Technology. Yupeng is a professor at the School of Ecology and Environment at Yunnan University.

During his speech, focused on climate change and biodiversity, Yupeng explained that "today, global warming is negatively affecting our daily lives. To face the crisis caused by climate change, we must constantly deepen our understanding of the phenomenon itself in order to respond actively to it. '

Global warming not only leads to rising temperatures, melting glaciers, and frequent extreme weather events, it also affects biodiversity. Each animal or plant species is part of a global system in which all the elements are interrelated. Thus, there is a close relationship between the fish that live in the oceans and the birds that cross the sky. If one of the creatures disappears, the other is affected directly or indirectly.

Geng warned that the rate of extinction of species caused by humans is between 10 and 1,000 times higher than the average of all geological history. Thus, it is estimated that three species disappear permanently every hour, a fact that caused real surprise among the students present at the conference, since it helped them understand the extreme gravity of the situation facing humanity.

The professor took advantage of his intervention to recall that the XV COP15 Conference of the Parties of the Convention on Biological Diversity will be held this year in Kunming, focused on the theme "Ecological civilization: building a shared future for all life on Earth". 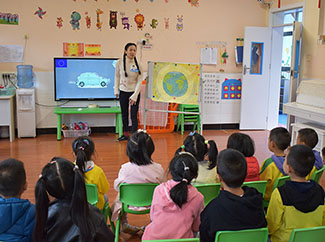 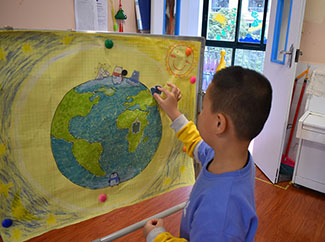 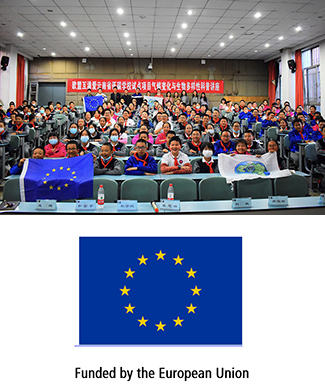