India, Laos and China are the three Asian countries where Humana is currently working through the implementation of cooperation projects. One is based on the reduction of poverty in Shalatuo in China's Yunnan province, promoted collaboration with the local partner Yunnan Institute of Development (YID). This project, funded by the European Union, has several courses of action, which include farming, nutrition, promotion of new sources of income for the community and boosting of preschool education.

The total number of people involved directly or indirectly in the project is of 386,000, ie the entire population of Yuanyang, the county found Shalatuo.

Promotion of local farming
Among the initiatives undertaken around farming after a year and a half of activities include the creation of so-called Farmers' Club, which now involved a total of 1,100 farmers. These clubs organize small farmers into groups working on improving productivity by introducing more sustainable techniques.

In Shalatuo, the work done in the fields constituted model has yielded so far improved productivity 30% in maize and 20% in rice. It has also been boosted cardamom cultivation and breeding of pigs through a revolving loan program. All this is possible to increase the income of the community, resulting in the progress of it.

In parallel, have launched other initiatives such as the creation of a dozen pre-school centers, launching awareness campaigns on issues such as hygiene, nutrition and the role of women as an engine of social development. At all times has been supported by local experts which has generated an added value to all the initiatives launched. 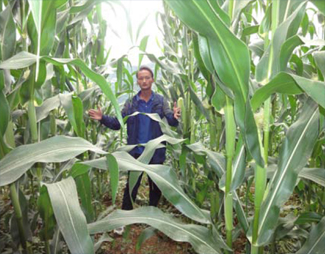