First results of culture and development project in South Africa

First results of culture and development project in South Africa

After six months of its launch, this project, funded by the European Union, and supported by GOMACC and the University of Girona, progresses as planned. This project  also involves Humana People to Peole South Africa.

Thus, 1357 young people are already involved, of among 2,000,  aged 14-35 years, scheduled to take part. The aim is to promote the training of these young Westrand and Durban to improve their living conditions. For this, it uses culture and artistic expression as a lever for progress in the 20 communities of young people coming.

The project has begun with the appointment of four project leaders responsible for each of the four project centers included in the project. Each of these centers also has five coordinators and many volunteers that support clubs or groups through which the action revolves. The staff responsible for developing the project participated in a training program run by GOMACC. The University of Girona, meanwhile, has also helped train the staff.

Drama and dance
Young people have been charged with identifying the most important issues facing their communities, so that clubs focus on them. Thus, issues such as alcohol or drugs, the abuse of women and children, HIV / AIDS or teenager pregnancies are the issues addressed.

The dance, music, poetry, drama or theater are being used to promote the participation and involvement of young people. For the moment, dancing and interpretation are the most popular activities. The goal is for youth to participate regularly in various cultural events. For now, a group of boys and girls from Kagiso, Clermont Munsiville and took part in the event 'Our Heritage and Cultures'. 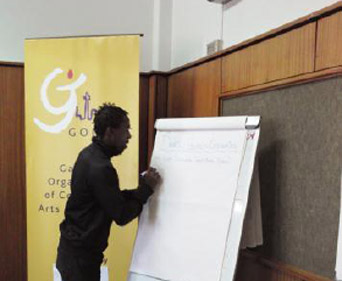 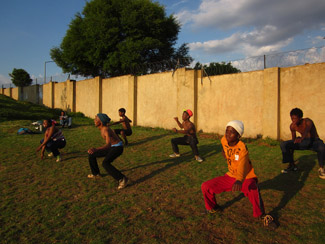