The sustainable development and the future of this Planet go through sub-Saharan Africa. Moreover, they go through the youth of this continent. In spite of the advances that have been achieved in the last decades in this part of the world in terms of the fight against poverty, one of the great handicaps faced is the rapid growth of its population and the greater resources which requires.

Thus, almost 60% of Africans are under 25 (in Europe, 27%) while the average age is 18 (35 in North America and 47 in Japan). In addition, its population will double by 2050, which means that although the percentage of poverty in the continent was reduced by half, the number of people who suffer it would remain similar to the current one.

This means that by the middle of this century, 86% of the people who will live in poverty will do so in sub-Saharan Africa. This is indicated by the second Goalkeepers report, released by the Bill and Melinda Gates Foundation.

Africa: investing in people so that the world advances

This report shows that 'investing in African youth is key for the world to move forward'. The Gates Foundation once again points to Africa as the cornerstone for reducing poverty through improving health conditions and educating the youngest, mainly.

From Humana we value positively that voices with as much influence in public opinion as Bill Gates put the focus on sub-Saharan Africa, youth, training and health as axes of sustainable development. If this helps fuel the debate in society and for governments and public and private donors to redouble their efforts on the continent, we should consider it a good thing for African communities and for the whole of humanity.

Humana People to People: decades of work in Africa

Organizations like Humana have been working mainly in this part of the world for decades, concentrating their efforts on the education of children and young people, considering that it is an excellent lever to achieve the improvement of their living conditions.

The origin of Humana People to People and the 30 organizations that comprise it is found in the anti-Apartheid movements. The experience accumulated since then shows that progress is important, first with the Millennium Development Goals and now with the Sustainable Development Goals and the 2030 Agenda as road maps. But despite this, we can not lower our guard, much less, to consolidate the progress achieved: the growth of the African population is being accompanied by an increase in international investment, which should translate into less dependence on the IMF, for example.

In general, the countries of the zone enjoy increasing political stability. All this should be reflected in an increase in life expectancy, better health and education systems, with higher school enrollment rates in secondary school. In the medium term, all this must have continuity in a greater sustainable development of the continent and the people who inhabit it, as well as in its capacity to face the new challenges that lie ahead, in which we have to be fully involved.

We must redouble our efforts and take advantage of the media impulse given by entities such as the Gates Foundation to make a clear message in societies throughout the planet that we have been repeating for decades: Africa, yes, without a doubt. Now more than ever. 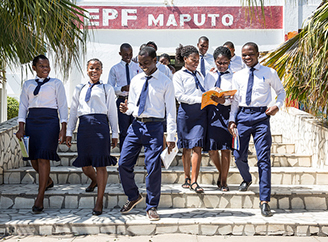 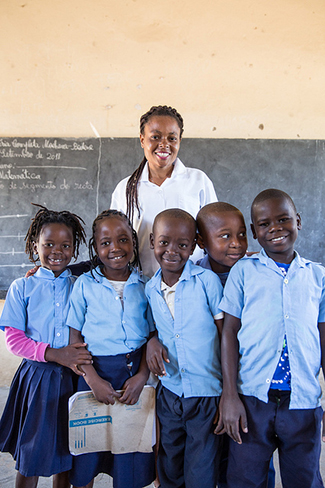