Humana and the fight against tuberculosis, the hidden disease

Humana and the fight against tuberculosis, the hidden disease

Tuberculosis is an infectious lung disease that kills more than 4,500 people a day, according to data from the Stop TB Partnership. It is one of the 10 leading causes of death worldwide and the first among people with HIV.

These data highlight the need to carry out coordinated actions among the actors to increase detection, diagnosis and access to treatment. World Tuberculosis Day is celebrated every March 24th, a good time to highlight the importance of redoubling actions against it and not remain an almost hidden ailment.

Despite international efforts and initiatives to curb the disease, more than 28,500 new cases of tuberculosis are registered every day. In total, nearly 2 billion people are infected with the tuberculosis virus, according to the WHO. Tuberculosis is a disease that has a cure as long as it is diagnosed in time and the treatment is followed to the letter.

Human and the fight against tuberculosis

Humana People to People considers it essential to combine efforts in the field of international policy and cooperation so that this disease is the object of greater public awareness and receives the necessary financial resources to be combated with guarantees.

ADPP-Mozambique is responsible for the coordination of TIMS pilot program developed since 2016 in eight countries: Zambia, Malawi, Botswana, Swaziland, Namibia, Mozambique, Lesotho and Tanzania. ADPP has coordinated the work of five other organizations of Humana People to People and three other nongovernmental entities for the active search of cases of tuberculosis in the mining populations of the region. TB Alert has provided technical support throughout the program.

This pilot program has been based on the accumulated experience of Humana in the combined fight against HIV / AIDS and tuberculosis through its TB-TC and TCE (Total Control of the Epidemic) programs. It is the first action of this type implemented at the regional level. The model is based on the prevention and dissemination of information among the members of the community, working from house to house to increase knowledge of the population, as well as to facilitate the detection of tuberculosis and the performance of HIV tests. It has also facilitated treatment in health centers. The program also aims to address the growing number of cases of co-infection among the mining population.

An example of the good results achieved with the TIMS program in Mozambique is the case of André Bombe. André worked 30 years in the platinum mines in South Africa. In 2016 one of the people linked to TIMS through ADPP-Mozambique became interested in their situation. André explained that he had been feeling bad for four years and that he had never had a TB test even though he had gone to the hospital several times. After the corresponding diagnosis, in July 2017 Bombe completed the treatment. Today he is completely recovered. In addition, he and his family have become promoters of the 'TB Faça o teste' campaign in the mining community.

During the development of TIMS, ADPP-Mozambique has identified 170 cases of tuberculosis only in the city of Xai-Xai, in the province of Gaza. They are just a sample of the work deployed in the framework of this program. 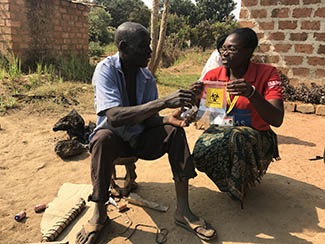 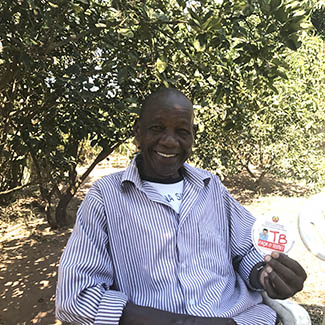