Participatory video and cooperation for development

Participatory video and cooperation for development

“We are Teachers” is a short film made by a group of rural primary school teachers in Malawi. The film was made as part of a collaboration between The Open University, Catcher Media Social, Humana People to People and its local member organisation DAPP-Malawi.

How to be a good teacher

Over the course of three weeks, four teachers and two headmasters from Nasonjo and Matindi primary schools in the Chilangoma province produced a video reflecting on the “experiences of teachers in Malawi, especially in rural primary schools,” explained Joseph Ng’ombe, a 34 year-old primary school teacher who participated in the exercise. “[the video shows] the challenges, successes, the activities taking place, the initiatives teachers have, and the cooperation between teachers, the communities and other stakeholders.”

In the workshop, participants were trained how manage a camera, storytelling techniques and editing skills. They chose what they wanted to include in the video and how, and then went about shooting and editing the footage to tell their story.

Rick Goldsmith from Catcher Media Social, who facilitated the workshop and film, provides insight into the value of the technique “Participatory video brings a lot of energy into a group. It breaks down some barriers, brings down hierarchies, and allows people to talk about issues in a dynamic and playful way,” he says. “It’s more ‘real’ and adds concrete perspective to the issues and topics that they choose to look at.”

Although far from common, participatory video is gaining popularity in the development world as a way to both assess a community’s context as well as explore a project’s potential impact and results. 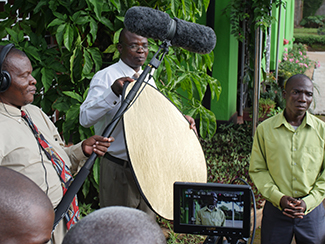 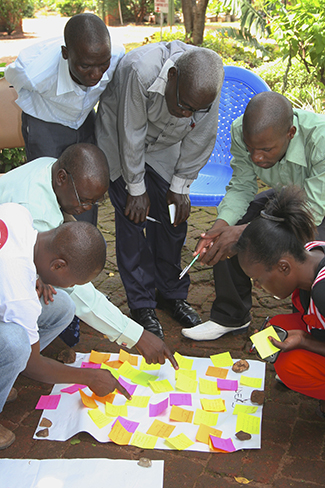 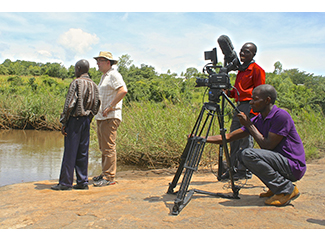