Cyclone Idai is proving to be the biggest climate disaster ever suffered in Mozambique. The districts of Manica, Sofala, Zambezia and Tete are the most affected by the intense rains and wind. The latest information indicates that the number of victims has already risen to 200 and the number of disappeared to several hundred more. 90% of the city of Beira, the second most important in the country, has been devastated. Several areas of Malawi and Zimbabwe are also seriously affected by the cyclone.

Fortunately the staff of our local partner ADPP-Mozambique and the students involved in the projects affected by the Idai are safe. However, the material damage is very high. Teacher Training College (TTC) in Nhamatanda has had to evacuate the 190 people involved in it, among students and teachers. They have been transferred temporarily to the Chimoio School. The goal of ADPP is to relocate all students and teachers between the different training centers in the area that have remained safe from the Idai. It is intended that they can continue with their classes until they can return to their school.

The strong winds have literally torn the roofs of the TTC of Nhamatanda. The furniture, the classrooms, the rooms of the students are seriously damaged by the rains. In the case of the TTC in Zambeiza, the main problem is that it has been practically isolated, since the communications depend on a bridge that has been destroyed by the rains, causing a strong flood of the flow.

The Vocational School and the Farmers Club of Nhamatanda have also suffered the consequences of the passage of the Idai. 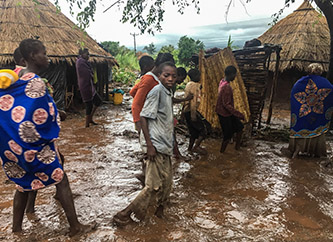 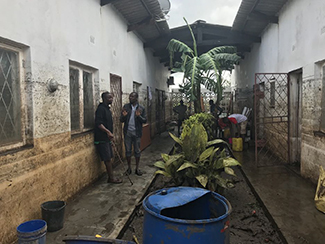