The DAPP Zimbabwe team continues to work on the assistance and emergency program for cyclone Idai, cofunded by CISU-Civil Society in Development and DERF-Danish Emergency Relief Fund. The action began on May 1, while it is expected to end on September 1.

This is an example of how two members of the Federation HumanaPeople to People - UFF Denmark and DAPP Zimbabwe - have combined their efforts to obtain the necessary resources and articulate them on the ground, to help tackle the devastating consequences of the Idai.

DAPP's efforts are being concentrated in the Chimanimani district. The first step in the area consisted of organizing several meetings with the local authorities to identify the rest of the assistance and emergency actions that other organizations were carrying out in the area, and thus not overlapping the aid. Therefore, the DAPP team coordinated with World Vision staff, focusing on issues such as food security, water and sanitation, to influence different aspects and communities.

The project estimates that altogether more than 4,500 victims will be directly involved and thousands more will do so indirectly. An important fact is that during the process of identifying the families participating in the project, 736 women were registered as heads of family and only 264 men. This great difference is motivated because a good part of the men of these communities do not live in the area, since other areas of the country have been displaced or even abroad in search of employment.

Some of the main actions included in the project are the following: 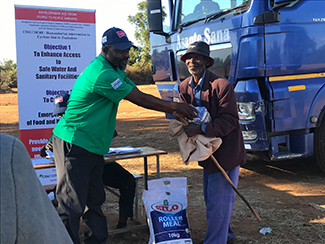 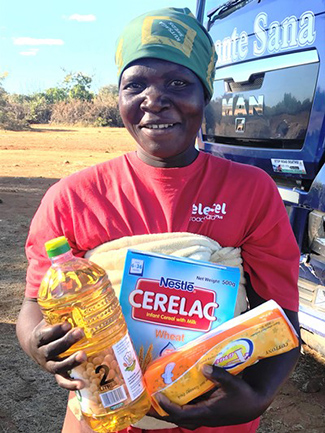