China: Yunnan, a pioneer province in the development of low-carbon schools

China: Yunnan, a pioneer province in the development of low-carbon schools

On April 13, the first conference of the Network of Low Carbon Schools was held at the Yunnan Forestry Technological College, within the framework of the project that Fundación Pueblo para Pueblo develops in China funded by European Union and the collaboration of an outstanding group of local entities.

Around 100 people participated in this meeting, with the presence of representatives of the agents involved in the project, as well as the schools involved. In addition, it was attended by Professor Ye Qian from Beijing University, Executive Director of the International Scientific Alliance Future Earth, and Professor Tan Hongwei, from Tongji University, Executive Vice President and Secretary General of China Green Alliance University.

During the event, the risks of climate change and the different scenarios of socio-economic development in the medium and long term were discussed, taking these risks into account. At the same time, the representatives of the schools adhering to the project expressed their desire to actively participate in the definition of Yunnan as a pioneer province in the construction of a low-carbon society, a model for the rest of the country.

The schools have already carried out different awareness-raising and environmental education activities among their students and teachers, getting them involved in the project's objectives. For example, during the winter holidays they launched a challenge to reduce plastic waste and the consumption of single-use plastics. The 5 schools that achieved the best results during the challenge received a Certificate of Excellence during the event. Likewise, 4 of the most outstanding students also received a certificate that endorses their effort and performance.

Video summary of the event 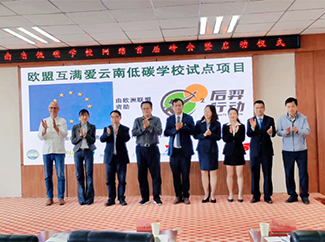 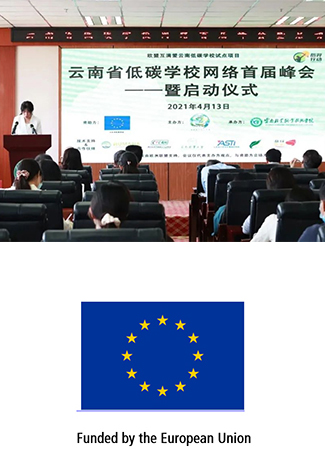