The ‘Enhanced livelihoods for women groups in rural communities of southern Belize’ project, focused on improving the living conditions of the 3 village communities of the Toledo and Stann Creek districts, has recently been completed. Developed by our partners at Humana People to People Belize, it has had the co-financing of the Embassy of the Czech Republic in Mexico.

The project has directly involved 92 people, of which 90 are women. Thanks to the dissemination actions carried out, the number of people who have indirectly benefited is close to 33,000.

Training, awareness and promotion of agriculture

On the one hand, we have worked on the training of participants, through the organization of workshops and theoretical sessions and practical demonstrations. On the other, it has insisted on the creation and management of chicken coops, the start-up of new orchards and the expansion of existing ones, up to a total of 48, promoting the cultivation of vegetables, such as carrots, lettuce and tomatoes. At the same time, 220 moringa and 140 fruit trees have been planted. With all this it is tried to improve the feeding and nutrition of the participating families. Likewise, improved, much more efficient stoves have been built, which allow reducing the consumption of firewood.

At the same time, various actions have been taken to diversify the sources of income of the local population, such as shoemaking, floral arrangements using reused plastic, soap, facial creams and figures carved in wood.

At the same time, the visibility of the project activities and awareness of aspects such as food security have been enhanced, using the Humana People to People Belize website, Facebook, Instagram and local radio stations.

At the end of last March, the Ambassador of the Czech Republic in Mexico, Mr. Zdenek Kubanek, held a meeting with our partners from the Humana People to People Belize Project Office, to evaluate the progress made. They then moved to the villages of San Isidro, in Toledo, and Cowpen, in Stann Creek, to meet the participating families and the type of actions implemented.

With the aim of giving continuity to the development of the participants, the 92 people involved will continue to work with Humana People to People Belize, through the Child Aid and Community Development program. 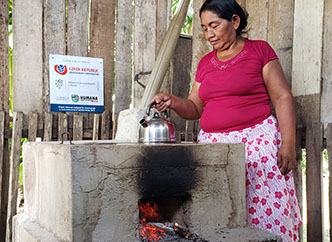 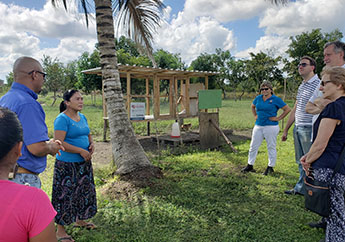