20 million people involved in the TCE program against HIV

20 million people involved in the TCE program against HIV

Humana joins the international community on World AIDS Day, which is celebrated this Sunday, December 1 with the slogan "Communities make a difference." Placing people and communities at the center of the fight against HIV / AIDS is key in the fight against this epidemic that affects almost 38 million people worldwide, of which 20 million live in Africa.

The organizations that form Humana People to People  are pioneers in the fight against AIDS in Africa: for 20 years they have promoted the Total Control of the Epidemic (TCE) program whose objective is to combat HIV and AIDS through prevention, care and support with a strategy led by people, working side by side with communities on the ground. This program is financed with the resources obtained with the management of used clothing in countries such as Spain and with the support of external funders such as The Global Fund or USAID.

The strategy is based on the mobilization among the citizens themselves: it is the neighbors or the members of a community that offer the information, motivate and empower people to access health services, which can be seen as intimidating or disconnected elements of the reality of the most affected.

Community mobilization allows us to offer advice and explain what prevention methods are, what it means to be HIV positive, how to access diagnoses and treatments, and how to achieve suppression of the viral load. In two decades of operation, the program has reached more than 20 million people in 12 countries in Africa and Asia, in collaboration with the respective governments: Angola, Botswana, China, Guinea-Bissau, India, Malawi, Mozambique, Namibia, Democratic Republic of the Congo, South Africa, Zambia and Zimbabwe. Namibia precisely in 2018 exceeded the objectives 90-90-90 set by UNAIDS. This success is due to a change in the strategy of the country's health authorities, a strategy in which DAPP-Namibia, a local partner of the Foundation, has actively participated.

The Federation Humana People to People will be attending and exhibiting at the upcoming International Conference on AIDS and Sexually Transmitted Infections in Africa (ICASA 2019) from 2nd to 7th December 2019.  ICASA 2019 is organised by The Society for AIDS In Africa (SAA), the custodian of ICASA, and the Government of Rwanda. The convening of the ICASA 2019 in Kigali Convention Centre, Rwanda, represents an opportunity to highlight the diverse nature of the African region’s HIV epidemic and the unique response to it. Over 10,000 delegates from nearly 150 countries are expected to attend the event in Kigali, Rwanda.

During the week-long event, the Federation Humana People to People will be participating by sharing experiences specifically on HIV and AIDS in Sub-Saharan Africa through the TCE programme. We will host a stand entitled HIV is everyone’s concern: It’s about saving people’s lives and controlling the spread of HIV and AIDS, which will highlight TCE approach, results and testimonies from the field. 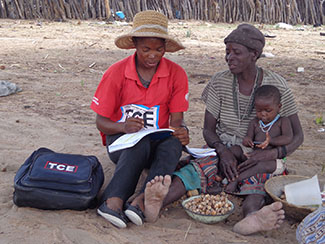 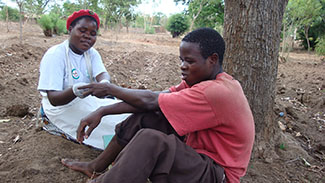 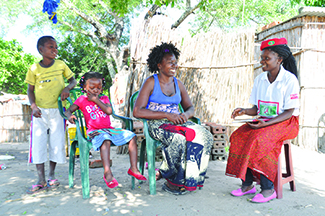