The Foundation promotes since its creation in 1987, the defense and protection of the environment through the selective collection of used clothing, footwear and household textiles, and its preparation for reuse for new uses or recycling.

The work of the Foundation has allowed during the first half of the year in Spain have collected 7,870 tons of used textiles. Each kilo of clothing is reused and not incinerated prevents the emission of 3,169 kg of CO2 according to the European Commission. The 7,870 tonnes collected in the first half represent a saving of 24,941 tons of CO2 into the atmosphere.

Our activity contributes to the reuse of used textile, reducing its deposition in landfills, lengthening its useful life, minimizing adverse impacts on the environment and human health and savings in the use of raw materials and energy as well as to reduce emissions of greenhouse gases by new production of textiles.

From 2010 to 2014, textiles collected by Humana exceeds 90,000 tons. Of this amount, 52,300 tonnes were sorted and two thirds prepared for reuse in the central Ametlla del Valles (Barcelona), Leganés (Madrid) and Valderrubio (Granada). The remainder, consisting of the textile that the organization had no ability to sort, was sold to textile recyclers and reuse.

Rated total, Humana earned during this period utilization level of 93%, which means that the work of the Foundation during this period has allowed to give a second life to a total of 48.6 million kgs of fabric used. Given that each kilo of clothing represents around 2.3 garments, we are talking about more than 112 million garments.

Prevention as a Priority

The management hierarchy established by Law 22/2011, of July 28, Waste and Contaminated Land, prevention premium, boosting second preparation for reuse, and then recycle or use materials, followed by other types of valuations, including energy. Finally contemplates the provision or safe disposal, when all other options have not been possible.

The Ministry of Agriculture, Food and Environment (MAGRAMA) also points out four types of action to promote prevention. Including those listed supporting responsible purchase, that is, which includes durable and reusable products, such as textiles. Collect likewise actions to encourage the reuse of products and preparing for re-use initiatives for purchases of second-hand.

Finally, the Ministry also cited efforts to prevent waste, once generated, entering into the channels of collection, the result of the promotion of donation and exchange, the second use and home composting.

Humana efficiently handles donations of used clothing and encourage reuse and responsible consumption. It is an aim shared by the Waste Framework Directive of the European Parliament and the MAGRAMA own. 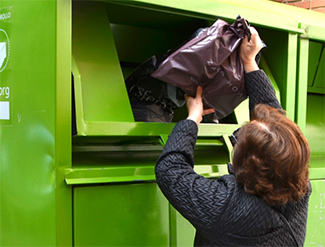 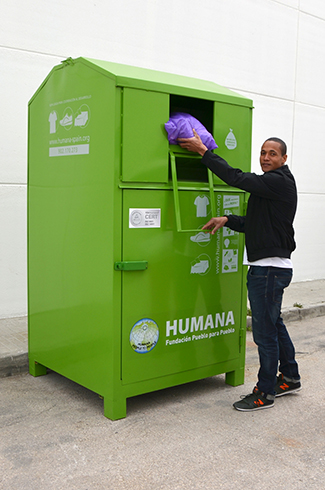 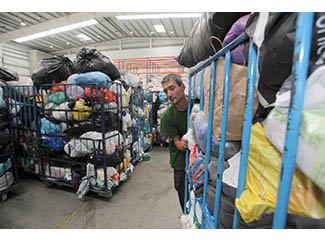