Recently Humana has participated in the fourteenth meeting of the board of the Green Climate Fund in Songdo, South Korea, to contribute to discussions on the management of the fund and publicize its work in the countries most affected by the consequences of climate change.

The Green Climate Fund began funding projects in 2015, but its implementation is not without difficulties. In fact, some of the most affected countries as well as smaller non-governmental organizations have reported certain bureaucratic barriers that hinder their access to funds.

Humana: Our Climate, Our Challenge 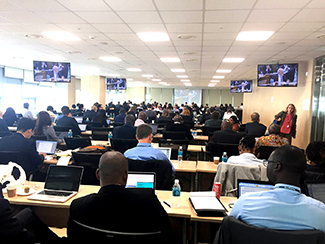