TB: The fight that does not stop

TB: The fight that does not stop

A Humana People to People team recently participated in the 48th World Union Conference on Lung Health held in Guadalajara, Mexico. With professionals from around the world, our partner Olga Guerrero, TIMS Program Manager, shared the results of the TIMS project coordinated by ADPP-Mozambique, the local partner of the Foundation in this country.

Tuberculosis (TB) is one of the 10 leading causes of death worldwide and the leading cause among people with HIV, underscoring the need for coordinated efforts among stakeholders to increase detection, diagnosis and access to treatment.

ADPP-Mozambique coordinates the work of five other organizations of Humana People to People and three other nongovernmental entities, whose common goal is to fight against the disease among mine workers in eight countries: Zambia, Malawi, Botswana, Swaziland, Namibia, Mozambique, Lesotho and Tanzania.

"There is a lot of interest on the part of donors and other organizations in sharing experiences in the active search for tuberculosis cases in the community, and what works and what can be improved," explains Guerrero on his return from the event, "The advantage of TIMS is that we are doing a project with the same methodology in eight different countries and in quite different contexts, which provides a lot of information about what has worked best in different contexts."

"According to the prevalence studies done by the countries and the World Health Organization, there should be a certain number of people with tuberculosis under treatment in each country. However, reporting rates are lower than the prevalence stipulates, ie: there are cases that are not recorded. That is one of the main problems we face, "he adds.

The World Union Conference on Pulmonary Health is the largest gathering of doctors and public health workers, directors of health programs, legislators, researchers and advocates around the world working to end the suffering caused by lung diseases, with a specific focus on the challenges faced by low- and middle-income countries. Of the 10 million people who die each year from lung diseases, about 80% live in these countries with limited resources.

Ib Hansen, Chairman of Humana People to People: We can address, control, and mitigate tuberculosis. Here's how

In an article published on devex.com, the information portal for the global development cooperation community, Humana People to People President Ib Hansen explains that the major global health crises of recent decades (eg, the onset of the HIV epidemic in the late 1970s and the Ebola outbreak in West Africa in 2014) have been increasingly addressed, controlled and mitigated through concerted and sustained collaboration, largely led by civil society and the affected communities,

Tuberculosis is not one of those crises, he explains. Although the worldwide number of deaths due to tuberculosis declined by 22% between 2000 and 2015, it is now responsible for more deaths than HIV or malaria. Hansen reiterates that in 2015 tuberculosis was one of the 10 leading causes of death in the world, with an estimated 10.4 million new cases in the world, ie about one new case per 721 inhabitants.

In addition, an increasing number of these cases coincide with the infection of the world's best known killer, HIV / AIDS, with an incidence of coinfection with high mortality rates. In 2015, 1.8 million people died of tuberculosis, of which 0.4 million were also HIV positive.

However, unlike AIDS, tuberculosis has to a certain extent been placed under the radar of world public awareness, receiving a mere fraction of the international efforts devoted to combating other major epidemics over the past 30 years. Greater political will, collaboration and international leadership would help to combat this disease, as well as increased funding and research for new strains of drug resistant tuberculosis and the complexities of coinfection.

In the absence of a direct focus on the international community, tuberculosis prevention has largely fallen to the medical community, with little investment from civil society or affected communities, and this is fundamental to prevent the spread of tuberculosis. disease in the future.

A model for everyone

These groups were, and still are, at the forefront of promoting sustainable approaches to health and pandemic issues worldwide, particularly in relation to halting the seemingly exponential spread of HIV infection. Humana People to People developed and implemented Total Control of the Epidemic (TCE) in 12 countries, reaching more than 6.5 million people and serving as a model for HIV prevention efforts around the world.

Hansen insists on the article that desperately needed a similar approach to tackle the tuberculosis crisis. While investing more in research and treatment is essential, factors that prevent further reduction of global tuberculosis cases should be addressed at a more localized level. Stigma, mistrust and false beliefs among affected populations can only be addressed through direct commitment, confidence building and, in particular, proven approaches to disease prevention in these communities.

The good news is we know how to do it. The success, albeit late, of addressing the HIV epidemic provides us with a replicable model. And there are clear indications that the implementation of this model can deliver results.

See the full article by Ib Hansen by clicking here 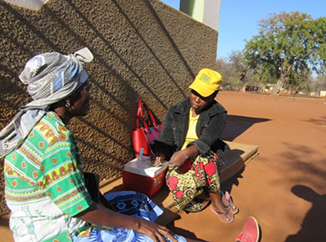 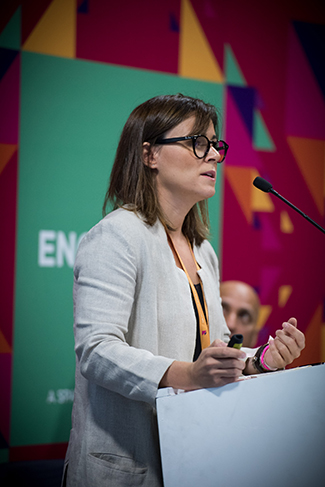 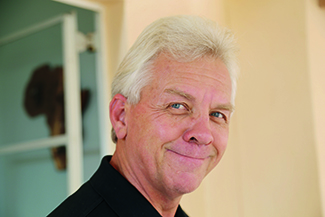