Humana and the City Council of Rivas Vaciamadrid have signed an agreement to promote 3C Cultivating Climate and  Community Program in the municipality. The agreement includes the development of an urban social garden that will involve 20 neighbors and neighbors and occupies a plot of 2,500 square meters. It is located in the Mirador and Levante avenues, next to the Polideportivo Municipal del Sureste.

People who participated in the act for the signing of the agreement were: Elisabeth Molnar, Humana general director; José David Moreno, Promotion Department; Jose María Álvarez, first deputy mayor and head of the Sustainable City and Territory area, and Pilar Bosch, municipal technician of that area. After the signing, they made a visit to the land that will house the garden.

3C Cultivating Climate and Community was born in Barcelona four years ago; it is currently present in two other municipalities of the Community of Madrid (Leganés and San Agustín del Guadalix), four in the province of Barcelona and one in Seville, with more than 500 people involved.

The garden is aimed at people interested in social and ecological agriculture. Under the agreement, the City Council gives the land, ensures water for irrigation, installs a security fence, provides facilities for conducting training sessions and collaborates in the selection of users, called activists.

For its part, Humana provides an agricultural technician who is in charge of continuous training (theoretical and practical sessions) and permanent assistance to users. This specialist not only advises, assists and accompanies, but also promotes values ??such as responsibility, personal development, teamwork, promotion of relationships and knowledge about climate and nutrition.

Shortly, work will begin on the parceling of the 3C de Rivas, as a preliminary step for the cultivation of vegetables and spring vegetables. This program provides participants with the keys and tools to join forces and access a healthy and varied diet, learning the necessary techniques for the creation, maintenance and conservation of an ecological garden.

Humana recovered 245 tons of used textiles at Rivas Vaciamadrid in 2017, 4.6% more than the previous year, confirming the loyalty of the citizens towards a textile waste management model with a social purpose. The garments come from the 60 containers that the organization has located on public roads, where citizens deposit clothes, footwear, accessories and household textiles that they no longer use and to which the Foundation gives a second life. 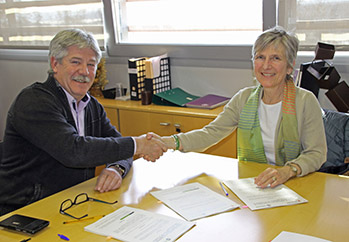 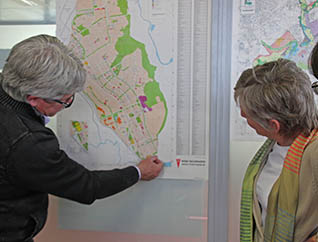