The Foundation has joined the European Week for Waste Reduction on several actions. On Saturday Humana participated in "Another way to fashion", from styling and creating custom parts by design students from second-hand clothes.

A group of students from design schools Fashion BAU and FD, both of Barcelona, participated in this event, held at the Espai Jove La Fontana. The purpose was to highlight the importance of waste prevention, encourage creativity in the styles, stimulate sustainable fashion creations and emphasize the importance of responsible consumption.

'Clothing to Salas'
On the other hand, Humana and Municipality of Salas have joined in the campaign 'Clothing to Salas ' which includes on Tuesday November, 19, a puppet workshop with recycled textiles, involving boys and girls 6-10 years.

The Foundation also works in the call for a literary competition among youth in the Asturian town to create a play whose themes revolve around the 3R: Reduce, Reuse and Recycle. In Sax, Alicante, also planned an extraordinary campaign to collect clothes and shoes on the occasion of this week.

Furthermore, Caprabo has placed several posters at its supermarkets encouraging their customers to donate used textiles and thereby promote textile recycling and environmental protection. At the end of the week will take stock of textiles collected and will estimate the positive impact of the collection. 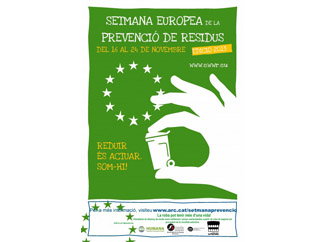 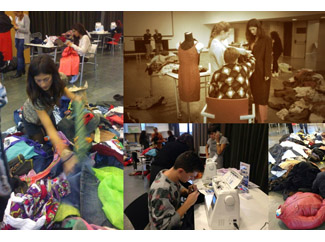