On March 22 and 23, a small team from the Foundation and Humana Portugal participated on behalf of Humana People to People at the Alliance for Rural Electrification ARE Energy Access Investment Forum in Lisbon.

The aim of the event was to establish a debate on existing initiatives and opportunities available to the private sector in increasing access to electricity in rural communities, particularly in developing countries. It also intended highlight financial and technical instruments that support these electrification projects in these countries. Humana wants to position itself as a bridge between local communities, technology, companies and potential investors.

The forum was attended by multilateral organizations (EU & African Development Bank, for instance), government and energy sector representatives of several African countries, banks and other financial entities, as well as society civil society representatives, including Humana People to People.

The forum was a good opportunity to share the experience of Humana Fundación Pueblo para Pueblo, Humana Portugal and its local partner ADPP-Guinea Bissau in the project 'Renewable energy for rural development in Bissora-Oio', which was completed at the end of last year and funded by the European Union.

The event was divided into two parts:

The first day primarily addressed the private sector’s role in increasing access to renewable energies. Achieving access to sustainable, affordable and efficient energy for all by 2030 as outlined in SDG 7 is a considerable challenges for the majority of governments in developing countries. It is therefore essential to increase private investment, especially in rural areas, which are often more difficult to access. Entering new markets in areas that lack infrastructure to support new investment involved significant risks and high start-up costs. Many companies and financial institutions to not believe they will see a return on investment due to these factors.

The second day focused on EU tools to boost investment. The EU has an advisory platform aimed at companies with an interest in investing: it provides assistance in developing business plans in line with bank credit eligibility requirements, which are often difficult to meet in contexts where the sector is operating.

Organizations such as those forming part of Humana People to People can act as a bridge between investors and communities, as they often have access to and extensive knowledge about communities where it would be beneficial to develop energy projects. They can also play a role in raising awareness within target communities about the costs and benefits of these services. CSOs also have a growing role in these contexts in promoting and ensuring responsible business practices in the communities where private sector actors operate.

The Foundation's 'Renewable energy for rural development in Bissora-Oio' project and ADPP is part of the EU's Energy Facility Program based on improving access to sustainable and accessible energy services for rural and peri-urban populations, in this case in the Region of Oio.

The project ran from 2012 to 2016 and achieved several important objectives such as the establishment of 36 solar-powered water pumps and constructing 7 production centres to increase access to processing machines for local crops in the community. Furthermore, solar-power systems were installed for light and small appliances in 51 community facilities, including schools, mosques, health centres and community centres.

2,600 households in the Bissora sector benefited from these improvements and preliminary feedback from communities suggests impacts such as a decrease in women’s workload and increases in agricultural production as well as farmers’ income. 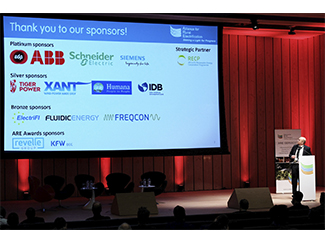 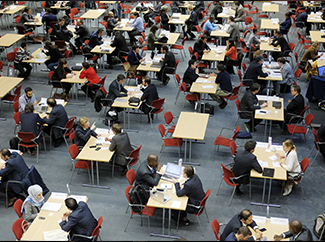