Humana and Alcobendas: € 30,000 for Manos Unidas and Vicente Ferrer projects

Humana and Alcobendas: € 30,000 for Manos Unidas and Vicente Ferrer projects

The City of Alcobendas Foundation has earmarked 30,000 euros for cooperation projects implemented by Manos Unidas and the Vicente Ferrer Foundation in Guatemala and India, respectively. These two development cooperation initiatives will be possible thanks to the funds coming from the management of used clothing that Humana collects in Alcobendas.

The mayor of Alcobendas, Ignacio García de Vinuesa, as president of the Foundation City of Alcobendas, yesterday signed the corresponding collaboration agreements with the Madrid delegates of Manos Unidas and the Vicente Ferrer Foundation, part of the Action Plan 'Alcobendas, Solidarity city towards the developing countries'.

Elisabeth Molnar, Humana Director General, said during the ceremony that "donations of clothing from neighbors have resulted in funds for development cooperation, funds that will serve to improve the conditions of people in need in the world." This is the third consecutive year that Humana dedicates funds to subsidize cooperation projects of local NGOs through the Alcobendas Foundation.

It is another example of how, starting from the textile donations of citizens and the work that Humana develops to collect, prepare for the reuse and valorisation of this textile, it is possible to generate funds for development cooperation. It is the social end of used clothing.

Multidisciplinary project in Guatemala of Manos Unidas
Manos Unidas receives under this agreement 15,000 euros to carry out a multidisciplinary project in southern Guatemala, almost on the border with Mexico, with 6,840 beneficiaries, and a 76% poverty index. "We want to support the leadership of women, coordinate actions between local authorities and the population, change legislation in the face of new natural disasters (Santiaguito volcano eruptions and rivers overflow) and end child malnutrition in this area of ??the country," explained Gregorio Martínez , Delegated president in Madrid of Manos Unidas.

Basic sanitation in India with Vicente Ferrer
The Vicente Ferrer Foundation will promote access to decent housing with basic sanitation to 50 women and their families in the rural village of Kuruvalli, India, with another 15,000 euros. "It's a step further in achieving the dignity of these people. We want to improve the health of these women, reduce rapes and accidents with wild animals and / or mosquitoes and improve the self-esteem of this population "said Luiz María Sanz, delegate in Madrid of the Foundation. 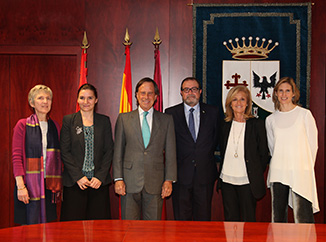 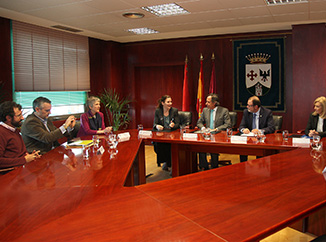