Humana Day: A Future with the Planet in Mind

Humana Day: A Future with the Planet in Mind

The list of visible effects that global warming has on our communities is getting longer by the day. From increasingly extreme weather patterns to island nations facing virtual extinction, we have arrived at a point in which we can no longer ignore changing temperatures and increasing ocean levels. Although policy makers worldwide have been slow to take concrete action against global climate change, consciousness around the issue is higher than ever before.

With the deadline for the Milennium Development Goals coming up next year, there is a common agreement throughout the debate for what the future of development should look like for the next 15 years. For the post 2015 agenda to be effective in the long term, development initiatives going forward must invest in more effective sustainable development practices.

With renewable technologies such as solar power achieving cost-parity with fossil fuels, developing nations have the opportunity to bring about long-term growth without the environmentally damaging effects of fossil fuel based development.
Humana believes that, together, people can create the forces necessary to limit the long term effects of climate change and to adapt to the changes that it has already brought about. We believe in a coordinated effort to educate and work with people so that they understand climate change, accept it as a real problem, and can work together to overcome its negative effects. Looking through the history books, it is clear that the most powerful force for change has always been when people come together with determination and tenacity. Together, we can make a difference.

Building momentum on the excellent response to last year’s event, Our Climate, Our Challenge will once again be the theme for Humana People to People Day, 2014. The annual event creates the opportunity for people to learn about climate change, what Humana is doing to fight it, and how we all can prevent some of the tragic consequences that it will bring about if we do not act now.

OUR CLIMATE
Although humanity’s carbon contribution is relatively small in comparison to the amounts of CO2 that the earth emits each year, there is one major difference between natural and man-made contributors. While the earth has natural way of reabsorbing close to the same amount of CO2 that it releases, man made emissions have no natural counter-balance. Roughly 30 gigatonnes of CO2 is released into the atmosphere each year. Of this number, the earth is only able to reabsorb around 40 percent. Since carbon dioxide acts as a type of natural insulator and can stay in the atmostphere for up to 80 years, the earth is gradually getting warmer as the atmosphere takes on more of the gas. The warmer it gets, the greater the risk for more severe changes to the climate and Earth's system.

Global climate change has already had notable effects on the environment. Glaciers are shrinking, ice on rivers and lakes is breaking up earlier, plant and animal ranges are shifting and we are experiencing more extreme weather patterns. This year, NASA reported that a large section of West Antarctica’s ice sheet is irreversibly melting, and is expected to result in an increase of over a metre in ocean levels over the next century. Failure to act will likely result in entire island nations, such as Kiribati, Nauru and Tuvalu, disappearing. Extreme weather events will continue to increase, species will become extinct and vital resources, such as fresh water and major food crops, will become increasingly unstable.

The Intergovernmental Panel on Climate Change (IPCC) is made up of hundreds of scientists, economists and environmental experts. This year, the Panel released a detailed report on climate change to educate people about the global situation and instigate dialogue with policy and international decision makers. The report highlights a lack of concrete action and notable foot dragging on the part of political leaders over the last three decades. The lack of political will to act on climate change has placed the earth in a precarious position, and the window of time to take concrete action towards climate change mitigation is closing.

Having said that, technological advances in recent years mean that ambitious projects are now much more financially feasible, and people in general are much more willing to take steps towards reducing their carbon footprint. Efficiency standards in various industries not only contribute towards fewer CO2 emissions, but also improve quality of life and are more cost effective in the long run. With this in mind, the Panel is hoping to see a much bigger push from policy makers towards promoting activity that mitigates the negative effects of climate change in the coming years.

YOU CAN TAKE ACTION

Regardless of your opinions on the issues surrounding climate change, living in a more environmentally friendly way can not only save money, but also improve your health. Nor do you have to have the money to invest in a new hybrid or electric car. Steps can be as small as changing to energy efficient lightbulbs, dropping your previously loved clothes in a Humana bin, or taking public transport or car pooling to and from work. Walking or cycling instead of driving can improve not only your physical health, but has been well documented to also improve emotional well being. Furthermore, there are many local and state level groups you could get involved in to promote energy efficiency, clean energy and climate change awareness.

Humana Day 2014 seeks to highlight the work we do around the world, as well as facilitate and promote community action to address our climate challenges. 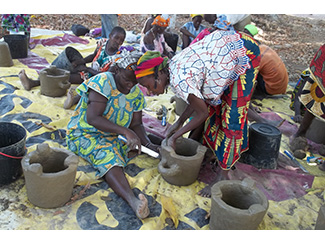 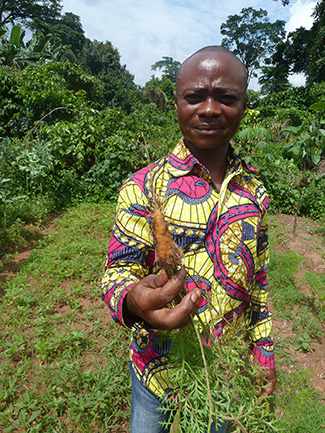 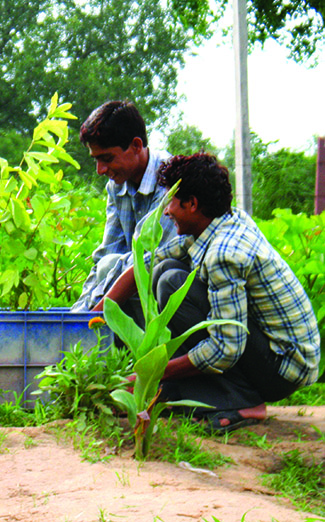