Since 1950, World Health Day has been celebrated every 7th of April, coinciding with the date on which the World Health Organization (WHO) was founded. WHO this year appeals to all the world's leaders to adopt measures and policies to ensure that the population as a whole has access to health services, wherever they live on the planet.

Recognizing the importance of health for sustainable development, the Foundation and the other organizations of Humana People to People have in the prevention of contagious diseases and the improvement of sanitary conditions one of their most important fields of activity. Programs like TCE, to fight against HIV / AIDS, are basic in the work of Humana. In addition, it implements other actions, such as the one carried out, in 2017, by ADPP-Guinea-Bissau. This is the project of the Health Volunteers Corps, in Gabu and in Bolama-Bijagos, in which more than 100,000 people were involved.

Universal health coverage, according to WHO, is essential to improve the overall health of communities and increase their average life expectancy. It is also fundamental because it allows greater control of epidemics, reduces poverty rates, creates employment and stimulates economic growth.

Despite the measures adopted in recent decades, at least half of the world's population does not have access to basic health services. Almost 100 million people are living in extreme poverty and do not have the means to access a health service. More than 800 million individuals, that is, around 12% of the world population, spend more than 10% of their budget on health expenses, according to WHO.

To achieve the Sustainable Development Goal 3 - 'Ensure a healthy life and promote well-being for all'-, nearly 1 billion people have to benefit from universal health coverage in 2023.
Investment in health systems can prevent the death of about 97 million people in 2030 and increase the global average life expectancy by 8.4 years, according to WHO data.

Throughout 2017 ADPP-Guinea-Bissau has developed the Volunteer Health Corps project in Gabu and Bolama-Bijagos. 44% of the population of these two regions does not have access to water purification systems for their consumption. 95% of families do not enjoy basic sanitation services, such as a washbasin.
For this reason, ADPP set out to sensitize the population and encourage them to participate in campaigns for the prevention of diseases and for the adoption of positive habits of hygiene. Through the work of the volunteers, they promoted actions to exercise extreme caution with the water they ingest or possible mosquito bites.

Through this project, some 600 activists managed to reach a population of 104,174 people from 309 villages of Gabu and Bolama-Bijagos. About 22,110 people participated in the awareness campaigns, promoting the improvement of the living conditions of 5,350 families. 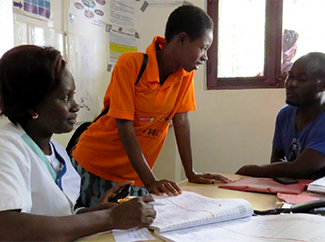 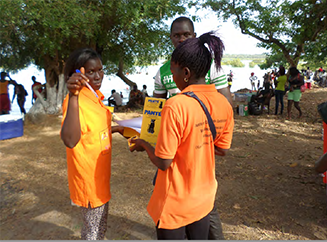 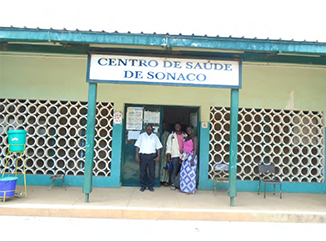