Humana and the Green Climate Fund meeting in Korea

Humana and the Green Climate Fund meeting in Korea

During the 19th Meeting of its Board, taking place in Songdo, South Korea, the Green Climate Fund, approved 23 new projects for a total value of approximately 1.1 Billion $, records both in number of new projects and money invested. Among the approved funding, several projects will pilot innovative approaches to deal with climate change mitigation and adaptation.

'We have had a highly positive week, approving over USD 1 billion in projects, which is a record amount in a single GCF Board meeting,' stated Paul Oquist, GCF Co-Chair.

Furthermore, the Board Meeting further established its policy frameworks and new policies were approved on gender, social policies, indigenous peoples, the redress mechanisms. The meeting was crucial in further discussions on how climate money will be invested over the coming years.

Out of the 23 projects approved, 4 will take place in countries where Humana People to People is also implementing projects: 2 in Zambia, 1 in Namibia and 1 in India.

From Humana’s representation at the meeting, various valuable contacts were made with different possible partner organizations that are involved in working with the Green Climate Fund. Hereby Humana strengthens its efforts to contribute to mitigating climate change and supporting vulnerable communities and peoples to adapt to present and future changes in climate. 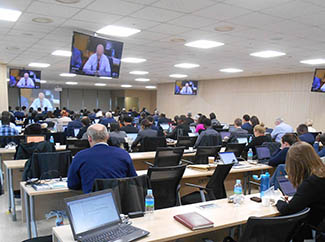 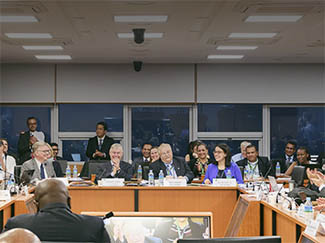