Farmers Club Congo: the key, the duration of the projects

Farmers Club Congo: the key, the duration of the projects

The sustainability and viability of the work carried out in the Humana cooperation projects are fundamental. One example is the two agriculture projects implemented in Gemena, in the Democratic Republic of the Congo, completed around one year ago. Together, both actions, based on the Farmers Club model, involved more than 21,000 small producers.

Today, most of them are still organized in the Clubs and working together, applying the sustainable agricultural techniques learned during the project. However, there are some not so positive aspects: the number of farmers has declined and although it has been an element addressed during the implementation of the projects, gender differences can still be observed: women continue to assume the vast majority of both in the field and at home (provision of water, firewood, food, etc.).

The duration of projects, one of the keys

Although in both cases the objective was to improve the income of the participants, differences are observed in the results, a consequence in part of the duration of the actions:

The analysis of all these results and the accumulated experience will serve as the basis for the design and development of future Farmers Club, enhancing the positive elements and trying to eliminate or at least minimize the negatives. The agricultural projects implemented by Humana People to People members involve 90,000 farmers distributed in about 400 projects in 14 countries, a number that allows a global assessment to be carried out and a large amount of information gathered in order to improve future Actions.

At the moment, HPP-Congo continues to work in the area with another Farmers Club, which includes a thousand farmers and ends in December this year.

Last year the Foundation allocated 152,764 euros to cooperation projects in DR Congo, coming from the funds generated with the valuation of used clothing. 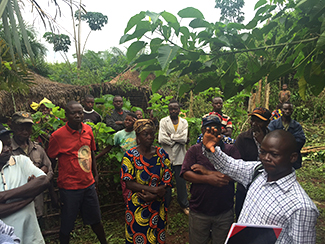 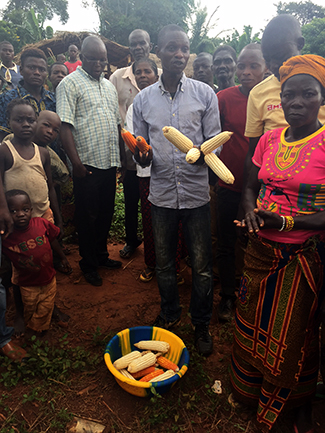