To abandon the traditional model of linear economy (extract-produce-consume-throw) is essential for the sustainability of the Planet; Is also the key to the European Commission's Circular Economy Package, promulgated on 2 December 2015.

Despite the efforts made in the field of recycling, demographic and economic growth accentuates the scarcity of raw materials and resources, generating an unsustainable model. That is why the European Commission adopted this package in order to stimulate the transition to a circular model. Its ultimate goal is to establish a productive and efficient consumption system in the use of resources; These are used again and again, leading to an endless cycle.

The preparation for reuse, recycling of textile fibers and energy recovery of clothing that can not be used are the main features that make it possible to apply a circular economy model to the management of the textile used. Humana focuses its efforts on reuse because there is no more sustainable garment than the one already manufactured. And it has been doing it since 1987, that is to say, for 30 years, which places the management of used clothes at the forefront in circular economy.

Report of the COTEC Foundation

Every year more than 300,000 tonnes of textile waste are generated in Spain, according to the report 'Situation and evolution of the circular economy' that the COTEC Foundation has just published. This amount represents around 4% of domestic waste and assumes that each Spanish generates 8 kg per inhabitant per year. However, according to the latest characterizations of MAPAMA, 5% of domestic waste is textiles, which is 1,067,400 tons annually. This amount shows that each Spanish citizen would generate 23 kg of textile / year, far from the 8 kg indicated by COTEC.

From there, PEMAR sets 2020 as the goal to increase the preparation for net reuse and recycling of textiles at 490,000 tons. Much remains to be done, therefore, above all, in the first stage of setting realistic targets, in view of this disparity of figures, and of the actions needed to achieve them.

This Thursday, March 2, the International Conference on Standards and Indicators for the Circular Economy will take place in Barcelona. Humana participates in the Round Table 'Policies to improve efficiency in the use of resources and materials'.

The Foundation for the Circular Economy, organizer of the event, considers that it is essential to have indicators that allow an adequate evaluation of the progress made in the field of resource efficiency and a circular economic model. It will therefore raise questions such as which indicators might be the most appropriate? Which would be more related to the consumption of resources, materials and products? Or could legislative targets, binding or not, be associated with these indicators in addition to those of recycling?

The COTEC study itself suggests some indicators in each of the phases of the product life cycle in the circular economy. In the case of the consumption phase, it refers to the amount of waste generated per unit of material consumed as a key indicator. And in the phase of recycling, the percentage of recycled waste.

Humana goes to the international conference with the intention of raising questions about how to raise the rates of reuse and recycling in municipal waste, the balance between energy and material recovery or the transition between social and circular economy. 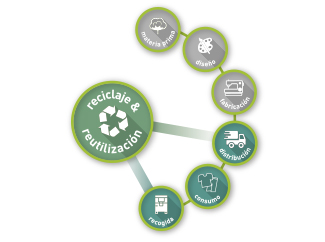 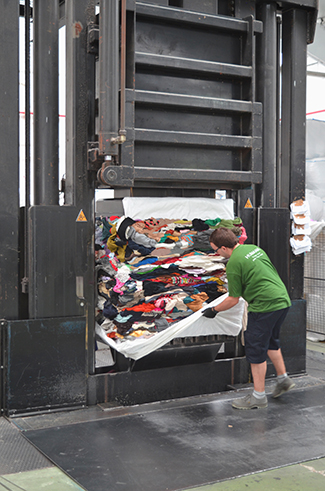