Giving every child the best possible start in life

Giving every child the best possible start in life

Since its conception, Humana People to People has focused much of its development effort on children. In 1990, UNICEF called for conviction that saving children from preventable deaths could be done and with the determination to mobilize all possible resources to do it. Humana responded by establishing 50 Child Aid projects around the world, whose main objective was to take care of the young ones.

Today Humana is still working in the same line through its Child Aid projects in order to improve childrens’ living conditions and to create opportunities for them to develop their full potential. To overcome poverty, Humana helps families venture into income generating projects and promotes health and hygiene activities that benefit not only the children but the whole community.

“Child Aid projects build on the children as a force of development. They participate, they contribute, they do their part. And by doing that, they put their footprints on the development here and now, and at the same time they get into the habit of being active, as being forces of development for the future”, explains Humana.

All of these joint efforts are addressed to accelerate progress on child survival. Governments, civil society, religious groups and private individuals have pledged support for the shared goal of giving every last child the best possible start in life.

As UNICEF Executive Director Anthony Lake said: “Yes, we should celebrate the progress. But how can we celebrate when there is so much more to do before we reach the goal? We can speed up the progress – we know how, but we need to act with a renewed sense of urgency”.

Since 1990, child mortality rates around the world have been cut in half, according to a recent UNICEF report, dropping from 12.6 million deaths per year to 6.6 million in 2012. Some of the world’s poorest countries have made the strongest gains in child survival since that date. Seven high-mortality, low income countries (Bangladesh, Ethiopia, Liberia, Malawi, Nepal, East-Timor and Tanzania) have reduced their under-five mortality rates by two-thirds or more in the last 22 years.

That is the good news, but the UNICEF report stresses the alarmingly high cost of inaction: if the global community does not take immediate action to accelerate progress, as many as 35 million more children could die from mostly preventable causes between 2015 and 2028.
Pneumonia, diarrhea, and malaria remain as the main causes of child deaths in the world, claiming the lives of around 6.000 children under the age of five each day. Malnutrition contributes to almost half of all under-five deaths. “Reversing these devastating trends requires immediate action on multiple fronts, as outlined in the Millenium Development Goals”, states UNICEF report. 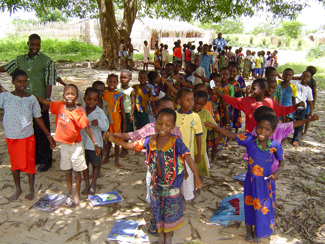 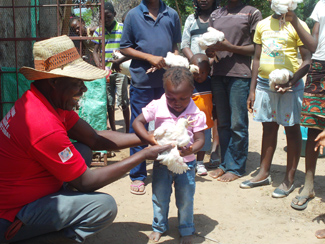