A total of 15 residents of Callela (Barcelona) will participate in 3C: 'Cultivate Climate and Community' project of the town, occupying a vegetable garden of 1,000 square meters located in Valldebanador, as stated in the agreement signed yesterday.

Through 3C we promote a model of sustainable farming in urban environments. We intend to take advantage of local resources available for generating products consumption by people who want to create ties with other members of their community who share interests.

The agreement, signed by Montserrat Candini, mayor of Calella, and Elisabeth Molnar, Director General of the Foundation, has an initial term of two years and shall be renewed for similar periods.

During the ceremony, Candini stressed the importance of "having the opportunity to develop land conservation projects are also made available to the most vulnerable groups." The mayor also highlighted the added value of carrying it out with a partner like Humana , implying that the results are better.

Elisabeth Molnar, meanwhile, used the event to thank the residents of Calella and its mayor for betting on this project. "The current situation has shown us the need to act in our immediate environment, to improve the situation and self-esteem of people in difficulty," said Molnar.

The implementation of this 3C project complements the work of textile collection since 2004 Humana developed in Calella. So far this year have collected 27,938 kilograms of used clothing and shoes through a network of 12 containers. 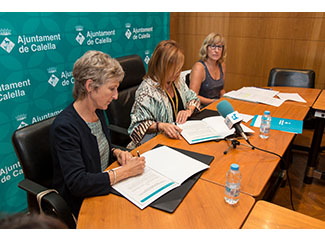 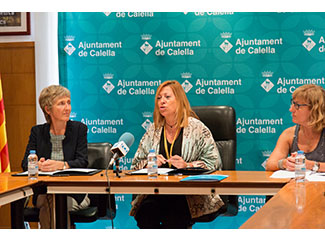