Around 250 people including employees, friends and members of the Foundation participated yesterday in the Open Day organized at the headquarters of Humana Leganes (Madrid) on the occasion of Humana Day 2012 and the celebration of the XXV Anniversary of the entity.

The event was held the ceremony of the III Humana Textile Recycling Awards, for the Madrid area. The institutions and organizations that obtained the first prizes in the various categories are as follows:

* Municipalities Contributors (with the collaboration agreement)
* Hoyo de Manzanares Most of kgs of textiles collected per capita in 2011
* Sevilla la Nueva. Increased growth 2011/2010
* Madrid. Most of kgs collected in 2011

* Private Contributors
* Parish of Our Lady of Peace (Madrid). Most of kgs of fabric collected per container in 2011
* Eroski Madrid. Increased growth 2011/2010
* Carrefour Madrid. Most of kgs collected in 2011

Furthermore Torrejón de Ardoz received the 'Award for Most Innovative City in the field of Textile recycling', while the City of Rivas Vaciamadrid was awarded the 'Award municipality with the highest increase in number of containers in 2011'. It was also awarded a special prize to the City of Leganes and 'Most supportive media Award' for the Espejo Publico tv program of Antena 3 channel.

With the event yesterday, puts an end to the events organized during the month of September following the Humana Day and XXV Anniversary of the entity. 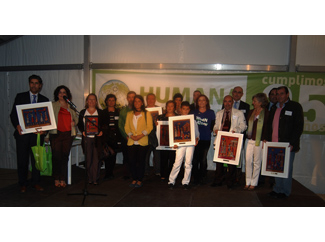 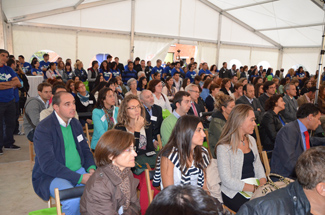 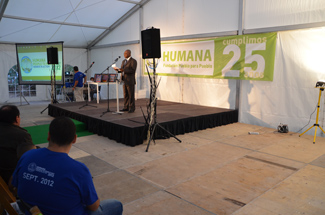