Used clothing is one of the waste with a higher percentage of recovery. However, only 10% of all the garments that we Spanish refuse annually are recovered, which means that administrations, organizations and citizens must redouble their efforts to have a greater awareness of the importance of placing the textile in the appropriate container for having a second life.

The European Union (EU) has finally paved the way for Member States to promote once and for all the mechanisms that will allow municipalities, responsible for waste management, to always consider the separate collection of used clothing, since it will be compulsory before 2025. With this, recycling and the reuse of clothes and footwear will be promoted.

The importance of reuse to achieve a more sustainable planet

On World Recycling Day, which is celebrated on May 17, Humana recalls the importance of reuse to achieve a more sustainable planet. This Day affects the need to convert waste into resources. Every time it is recycled and reused, it actively contributes to the protection of the environment; the useful life of the products is extended and, when this is finished, they are reintroduced into the market assuming the logic of the circular economy; greenhouse gas emissions that aggravate climate change are reduced; and jobs are created in the so-called "green sector".

At the end of February, the EU decided to raise from 44% to 55% the percentage of municipal waste that should be recycled after 2025, a measure framed in a package of actions to improve waste management. In Spain, only 30% of the waste we generate is recycled, so there is a long way to go.

Various actors in the sector of reclaimers and used textile managers insist that only 1 in 10 garments is recovered by an authorized manager for reuse or recycling. In order to reach the 55% imposed by Brussels, it is necessary to apply a set of measures with conviction: from the adoption of legislative actions by the administrations to the raising of awareness and awareness, through the strengthening of transparency in the traceability of waste , making it easier for citizens to deposit their donations in the appropriate container.

We have to recover more and do it now

Although maybe something is late, because you have to recover more and do it already, Humana applauds the decision of the EU because it will allow to match the textile waste to glass, paper or plastic, fractions which exceeds in possibilities of recovery. As stated by the Ministry of Agriculture and Fisheries, Food and Environment (MAPAMA), separate collection is key to meet the objectives of recycling and reuse. The textile represents approximately between 5% and 6% of the municipal waste.

On World Recycling Day, Humana insists that the waste hierarchy on which European legislation is based prioritizes prevention and preparation for reuse ahead of recycling. In short, it is about converting resources into waste that can not be avoided.

As a specialist in preparation for reuse, Humana manages donations of clothing and footwear used by citizens in order to obtain the maximum use of textile waste, giving it a second life and thus favoring a circular economy model. In 31 years of trajectory, it has recovered 294.344 tons of clothes, the equivalent to fill more than four times a soccer stadium.

Around 9 out of 10 used garments are likely to have a second life through reuse or recycling. Moving from a linear to a circular economy model is essential for the sustainability of the fashion industry and, by extension, for the planet. Applying an appropriate management in the last part of the life cycle of the textile it is possible to reintroduce it in this cycle, either as second-hand garments or as other products. 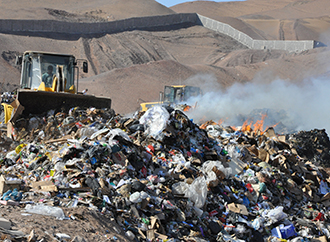 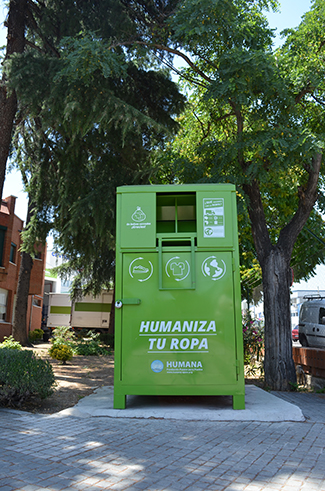