V. Sinkevičius: Reusing textiles is key for the circular economy and the creation of green jobs

V. Sinkevičius: Reusing textiles is key for the circular economy and the creation of green jobs

"The reuse of textiles is key to the circular economy and the creation of green jobs." This was stated this morning by the European Commissioner for Environment, Oceans and Fisheries, Virginijus Sinkevičius, after visiting the Humana Fundación Pueblo para Pueblo preparation plant for textile reuse. The Lithuanian senior official has praised the work carried out by the non-profit entity, adding that "the collection and reuse of post-consumer clothing are key elements in the EU's circular economy strategy."

Sinkevičius has toured the largest complex in Spain dedicated to the management of textile waste, located in Leganés (Madrid), accompanied by the Secretary of State for the Environment, Hugo Morán. The delegation, made up of five representatives from the European Commission and two from the Ministry for Ecological Transition and the Demographic Challenge (Miteco), has been led by Humana's general coordinator, Jesper Wohlert, who has highlighted the environmental benefit of reuse and the contribution of used clothing management to the circular economy.

The Leganés plant has been operating since 2010 and was expanded in 2018; It has two facilities with more than 10,000 m2 of surface; 40 tons of textile waste are processed daily (1.2 tons processed daily by each sorting person) and it houses a team of 80 people.

Humana's general coordinator, Jesper Wohlert, said after the visit: "Humana's work in the reused textile sector is essential in the transition to a circular textile industry and, as such, we are fully committed to the EU strategies" .

"We advocate the waste hierarchy set by the EU, which prioritizes the prevention and reuse of waste over recycling," he indicated, "reuse has enormous benefits, not only in environmental terms but also in creating green jobs." And he added: "60% of the clothes bought in Humana's second-hand stores replace the purchase of new clothes, which contributes to the prevention of CO2 emissions and subsequent textile waste."

The preparation for reuse, the recycling of textile fibers and the energy recovery of used textiles that cannot be used are the main characteristics that allow a circular economy model to be applied to the management of used textiles. Humana concentrates its efforts on reuse to convert waste that cannot be avoided into resources; Its activity dates back to 1987, which is why the management of textile waste is at the forefront of the circular economy.

The European Commissioner, former Minister of Economy and Innovation of Lithuania, has been in Spain since yesterday: in addition to visiting the Humana plant, he has also participated in the EU Forum “Aire Puro” and will travel to La Palma tomorrow to check the effects of the Cumbre Vieja volcano.

The recovery and reuse of post-consumer clothing are key elements in the EU's circular economy strategy, led by the Commissioner for Environment, Oceans and Fisheries. Brussels is promoting an Action Plan for a circular economy, one of the main elements of the European Green Deal, which is Europe's new program for sustainable growth. This plan is committed to a transformation of the productive economy and the consumption model to achieve, among other objectives, that the objects extend their useful life.

The Action Plan for a Circular Economy aims to “promote new business models that will stimulate the classification, reuse and recycling of textile products, and allow consumers to choose sustainable textile products. Ecodesign will be extended to a wider range of products: clothing will be made to last longer ”

How much clothing is recovered in Spain

Humana recovered 8,456 tons of used textiles in Spain during the first half of 2021 to give them a second life through reuse or recycling, which represents an increase of 23.4% compared to the first six months of last year (6,851 tons). The amount collected is equivalent to 38 million garments. In addition, the recovery of textile waste from January to June has prevented the emission of 26,798 tons of CO2.

Every year each citizen discards between 20 and 30 kg of textiles. According to the most recent reports, in Spain 110,000 tons of textile waste are collected annually, which barely represents just over 10% of what we generate in homes. Only one tenth is selectively recovered to promote reuse or recycling; the rest is thrown away in other fractions and ends up in landfills.

However, separate collection of clothes has a lot of potential to guarantee you a second life: 50% can be reused and more than 35% recycled. 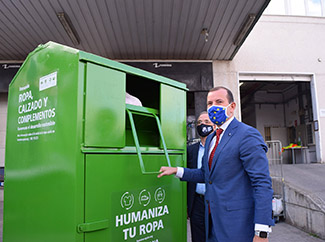 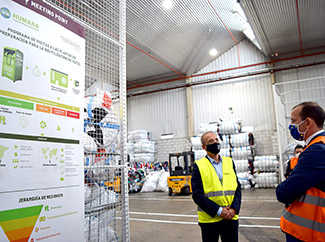 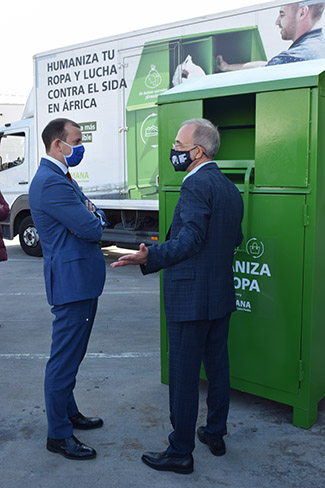